Social media is ubiquitous. We’re engaging in social media in some way or the other throughout the day, on any one of our devices. The social media phenomenon has changed the way we live, think, and connect with people. Traditional advertising has gone digital – you see billboards while in traffic, but you also see adverts when scrolling through your Facebook feed or even searching for a movie on Google to see if it’s worth the watch.

No platform can escape the grasp of the influencer. They’re a move from the more traditional celebrity, those we know just through films or music. Social media influencers have become celebrities in their own right, within their own niche or industry on the internet, due to the content they create and put out there. These aren’t only models, footballers, or YouTubers – social media influencers can also be anonymous people who tweet thought-provoking posts, or those who have made a name for themselves with their own brand of comedy that’s separate from the stage or on the big screen.

What we’re trying to say is that influencers have followers. Followers are an audience. And an audience means exposure. This is where advertising comes in. So, how do you find the right social media influencers for your business or brand in minutes?

How Can an Influencer Help My Brand?

In other words, why would your brand need an influencer? What are the benefits? As we’ve mentioned, influencers have an audience. That audience are people who generally hang onto their every post, looking for the next bit of inspiration, whether in a product or a service, that they, too, can have or use. Influencers promote a lifestyle and it’s part of why people are so keen on seeing what they’re up to, what they’re wearing, and what they’re using.

The power to influence comes from great content that attracted a lot of followers. Great content is a subjective thing. Still, it generates followers from all walks of life. Some social media influencers who aren’t in the “mainstream” media, so to speak, could have hundreds of thousands of followers, and sometimes millions. You might not even have heard of them because they cater to a demographic that follows or engages with a particular niche.

This is helpful because it means you’re able to find very specific niches that you can promote your brand to, with influencers who have a huge audience that can garner a huge amount of exposure for your business. If a massive influencer posts an image of them wearing one of your brand’s shoes, that’s a whole lot of exposure and your brand is now going to get some attention coming from social media platforms.

Hiring influencers can create new leads, conversions, and sales for your business – essentially.

We’ve mentioned niches and industries. For almost any industry, no matter how small a niche it is, you’re likely to find an influencer with a following. If you can’t, maybe you should consider building a social media presence yourself making the most of that gap in the social media market!

Find out who the influencers are in your business niche. Search using hashtags related to your business or brand on Twitter or Instagram, and you’ll soon find out who the creators of the most popular content related to that tag are. Understand that you can’t cast too wide a net! In the same way that you’ve conducted market research when starting your business to see who your brand targets, you’ve got to do the same when finding an influencer. Refine your target demographic, understand it, and use that when searching for an influencer to collaborate with. Your brand’s target demographic will overlap considerably with the demographic of the influencer’s followers.

Research, research, and continue to research. The more you do, the more insight you get, both in terms of your market in the social media space and in terms of the influencers that you’re considering.

It’s important to note that an influencer needs to have a wide reach (lots of followers), be relevant to your brand (have a largely similar demographic of followers), and they’ve got to be reliable (engage with their followers authentically). It’s no use if you’re going to pay lots of money to an influencer to endorse your product on a social media platform when they’ve bought fake followers just to attract more brands to invest in their bogus personas.

You’ve been through all the above steps and you’ve put in your research. Finally, you’ve made a decision and have chosen the influencers that you want to collaborate with! If you’re not a huge brand that loads of people know about, start slow. Engage with influencers on the various social platforms and develop some form of relationship with them. It’s better than sending them a DM out of the blue, especially since there are lots of scammers who tend to operate that way. Be real and honest, while also being very clear about your hopes for collaboration and a fruitful working relationship.

Next article How to Find the Best Apartment in Bellevue, WA 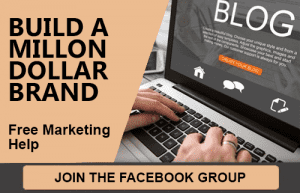